A performative walk through Frankfurt am Main, guided by postmigrants.

This walk starts at either Bornheim and U-Bahn Höhenstraße (Specific meeting points will be communicated at the moment of reservation). Duration approx. 2.5 hours. Please remember to bring weatherproof clothing. 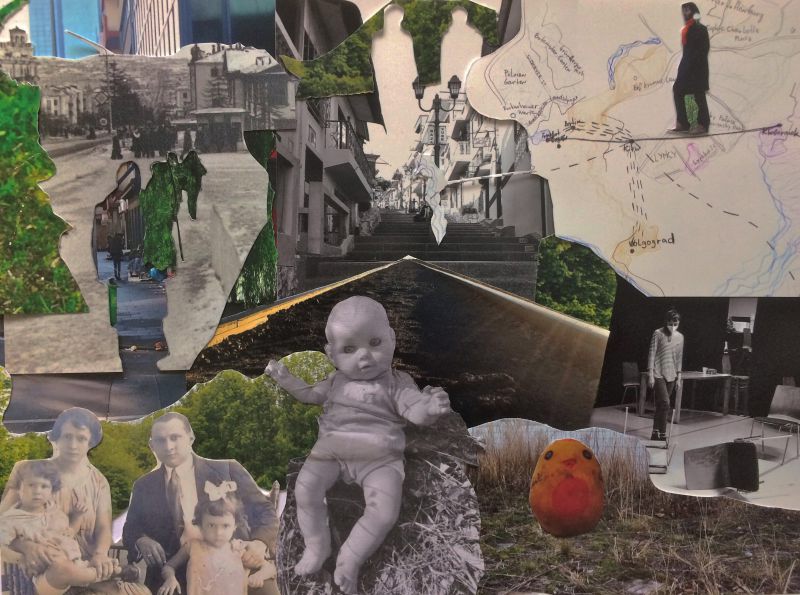 Daydreaming the Archive is a walking tour in Frankfurt am Main guided by post_migrants from different professional and geographic backgrounds. It will take place on the 15th, 16th, and 17th October 2021 at 15:00 and 16:00 each day. The guests are taken through an affective cartography of the city, woven between a lost and a regained sense of orientation: from someone’s narrative of childhood memories of war in Bosnia in a Frankfurt doll clinic to the conjuring of someone else’s Buenos Aires through opera singing in the streets of Bornheim, from redoing, at Frankfurt’s main cemetery, the steps walked many times in different latitudes to soundscapes that speak of lost, failed or awaited photographs from family and city archives. Daydreaming the Archive is an (im)possible collaboration of a group of artists and post_migrants, who fail to meet as one group because of the pandemic and working conditions. Walking through the city they inquire into daydreaming as place-making in an urban space, how dislocated memories yield other ways of inhabiting the city, and how post_migrants become travelers in their own city.

In cooperation with studioNAXOS, made possible by NPN-STEPPING OUT in the NEUSTART KULTUR program of the Federal Government Commissioner for Culture and the Media, the Cultural Office and the Office for Multicultural Affairs (AMKA) of the City of Frankfurt am Main, the Hessian Theater Academy (HTA), the Giessen University Society (GHG) and the ID_Tanzhaus Frankfurt Rhine-Main.