"Gelsomina Dreams", the latest creation of the Kompagnie blucinQue directed by Caterina Mochi Sismondi, is a declared homage to the genius of Federico Fellini, mixing dance theatre, live music and contemporary circus. 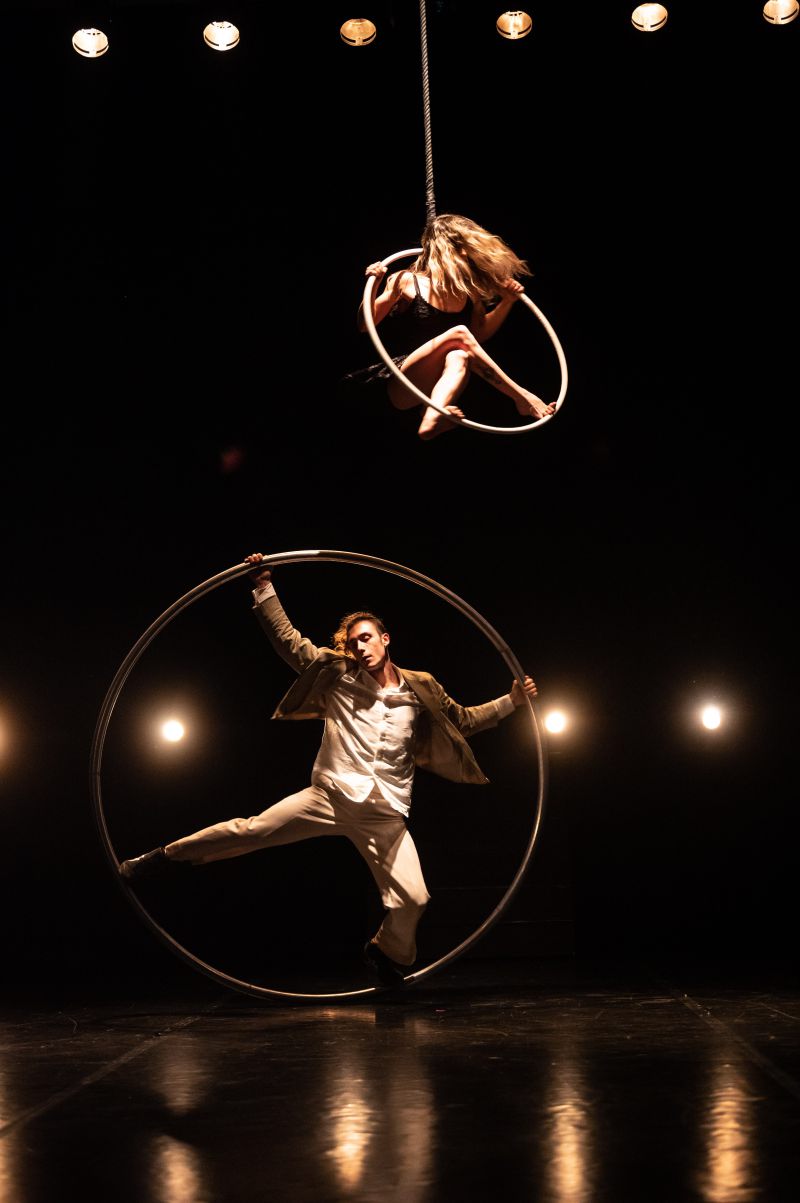 A large wheel on a stage with a person standing in it. Above it, another person hangs from the ceiling in a hoop.

"Gelsomina Dreams", the latest creation of the Kompagnie blucinQue directed by Caterina Mochi Sismondi, is a declared homage to the genius of Federico Fellini, mixing dance theatre, live music and contemporary circus. Gelsomina is brought to life, an ethereal and visionary young woman, a dreamer and bearer of an ever-changing and ever-evolving feeling. The artists move in a floating and timeless setting that alludes to an abandoned film set reminiscent of Fellini. It contains abandoned lights and scenographies, skeletons of practicable structures, scenic objects that recall the mythical and at the same time profane universe of Fellini's imagination. "Musical instruments" such as barrel organs and an old glockenspiel are sampled and played by performers on stage. "Gelsomina Dreams" takes up the language of live music and dance theatre, reworking the melodies of the great Nino Rota as well as contemporary circus in search of a formal synthesis, which is the primary orientation of Caterina Mochi Sismondi's productions. The work draws inspiration from the more human and emotional aspects of Fellini's world, such as his relationship with his wife Giulietta Masina or his fascination with the supernatural world, including amulets and fortune-tellers. The viewer is thus led by the hand into deeper-lying, unconscious, floating, sometimes disturbing parallel worlds. Born out of an imagination of colourful humanity, the characters rely on masks specially created by the director. They are incarnations of a semantics of contradictions, inclinations and desires that hover between dolce vita-style glamour and the world of the street, mixing circus visions and elements of theatricality with choreography.

The guest performance is supported by the Ministry of Foreign Affairs and International Cooperation (MAECI) and the Italian Cultural Institute in Cologne.